The 2022/23 U.S. corn outlook is for lower production, domestic use, exports, ending stocks, and higher prices.

The corn crop is projected at 14.5 billion bushels, down 4.3% from last year.

The corn yield is projected at 177.0 bu/acre, 4.0 bu below the weather adjusted trend presented at USDA’s Agricultural Outlook Forum in Feb.

Despite beginning stocks that are up relative to a year ago, total corn supplies are forecast to decline 2.7 percent to 15.9 billion bushels.

Food, seed, and industrial (FSI) use is virtually unchanged at 6.8 billion bushels.

Corn used for ethanol is unchanged relative to a year ago on expectations of flat U.S. motor gasoline consumption.

Sorghum FSI is unchanged but higher than the minimum seen in recent years as China is expected to continue to source sorghum from other exporters in addition to the United States.

Corn feed and residual use is down 4.9% relative to a year ago, reflecting a smaller crop, higher expected season-average farm prices received by producers, and a decline in grain consuming animal units.

Even with record exports projected for Argentina and Brazil, a 550-million-bushel drop in exports for Ukraine due to the ongoing conflict is the primary catalyst for a decline in world trade.

With expectations of robust global demand in the face of high prices, the U.S. share of global corn trade is up slightly relative to a year ago.

With total U.S. corn supply falling more than use, 2022/23 U.S. ending stocks are down 80 million bushels from last year.

The season-average corn price received by producers is projected at $6.75 per bushel, up 85 cents from a year ago and if realized the highest since $6.89 reached during 2012/13.

The global coarse grain outlook for 2022/23 is for lower production and use, and smaller ending stocks.

World corn production is forecast to decline from last year’s record high, mostly reflecting reductions for Ukraine, the United States, the EU, and China that are partially offset by increases for Brazil, Argentina, Serbia, and South Africa.

World corn use is expected to decline 1.2%, with foreign consumption down 0.9%.

World corn imports are projected to fall 2.3%, with the largest year-over-year declines for China, Canada, the EU, Brazil, and the United Kingdom.

Notable increases in corn imports include Vietnam, Iran and Bangladesh.

Global corn ending stocks are down 1.4% to 305.1 million tons, mostly reflecting expected declines for China and the United States that are partially offset by increases for Brazil, Serbia, and Ukraine.

China’s internal market prices for energy feedstuffs remain higher than the world market, despite a surge in prices among major exporting countries.

Corn imports are expected to decline 5.0 million tons to 18.0 million with a decline in imports from Ukraine.

Barley imports are projected at 10.0 million tons and sorghum at 9.5 million. 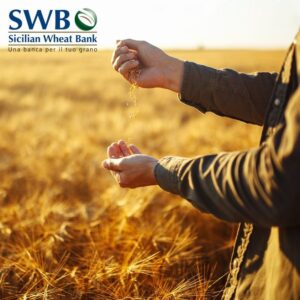