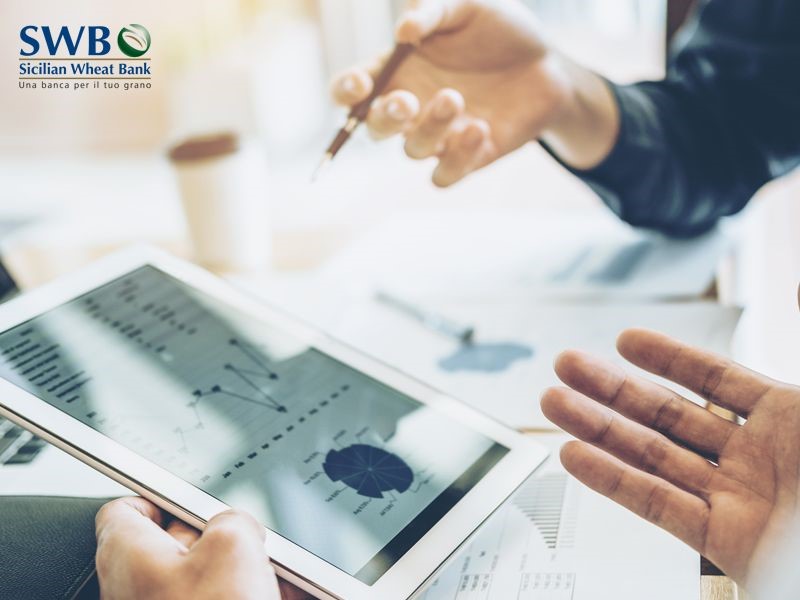 Lately, however, the situation has gotten slightly more complicated due to the Covid pandemic, runaway inflation, trade wars and a real war.

Therefore, things have become much more risky and, as we have learned during this week market, sometime we also can witness totally senseless or at least incomprehensible actions to our eyes.

This was resulting in some big price swings in grain markets.

Meanwhile, soybeans were up 3.6% during the week, with soymeal prices rallied by 5.03%.

Soybean oil, in contrast, lost 3.4% on the week as Indonesia indicated it would resume palm oil export shipments this coming Monday.

The wheat complex started the week with a very bullish note after India annunced exports ban on wheat last Saturday, but then collapsed on its self as the ban quickly turned to just restrictions and analysts said Russia’s 2022/23 wheat crop may reach 85 million tonnes.

USDA reported the B100 cash price unquoted through the week that ended 5/20.

This is the second week in a row unquoted cash price.

In this context, corn basis bids were steady to mixed on Friday after firming 2 cents higher at an Indiana ethanol plant and eroding 3 to 17 cents lower at two Midwestern processors.

As for wheat basis this week was mixed in both the Gulf and Pacific Northwest (PNW).

HRS basis was up slightly as rain continues to slow down planting.

Meantime, the Friday Commitment of Traders report showed managed money spec funds in corn added on ly 1,149 contracts to their net long, however, taking it to 339,711 contracts of futures and options.

As for soybeans the report showed the managed money spec funds expanding their net long position in soybeans by another 16,674 contracts in the week ending May 17, putting them net long 147,335 at that point.

As for wheat, CFTC showed the managed money spec funds adding 11,039 contracts to their net long in the week ending 5/17, taking it to a still modest 26,586 contracts.

WTI notched its fourth straight week of gains, which it last did in mid-February.

Brent gained about 1% this week after falling about 1% last week.

In freight markets, the Baltic Exchange Dry Index rose 55 points, or 1.7% to 3,344 points on Friday, the highest since December 8th, extending gains for the fourth straight session, amid stronger demand.

On a weekly basis, the Baltic Exchange Dry Index advanced by 7.7%, extending gains for the sixth straight week.

Stock indexes, on Friday morning had extended the week’s sell-off, with the S&P 500 and Dow Jones Industrials dropping to 14-1/2 month lows and the Nasdaq 100 falling to a 1-1/2 year low.

But then stocks recovered most of their losses Friday afternoon after positive comments from St. Louis Fed President Bullard, who said, “we have a very good economy,” and that while U.S. economic growth may slow this year, it will still be above trend for 2022.

That is the seventh consecutive falling week, the longest stretch of declines since 2001.

The Nasdaq was the drag of the markets closing by 3.81% weaker on the week.

Brazilian corn feed (Paranagua) was valued at $324, down $10 from prior week.

In Europe, the Paris-based Euronext exchange set a record closing price of €438.50 ($462.51) per MT on Tuesday after retreating from near all-time highs earlier in the trading session.

By Thursday, prices on the Euronext exchange had fallen more than €20 per tonne.

June corn price was unchanged for the week, closing at 360.25 euros per ton.

Italian durum wheat Bologna (Delivered to first customer), was valued this week at $555.56 per tonne up $7.89 from past week.

Indeed, according to the IKAR, prices for wheat with 12.5% protein content and supply in May from Black Sea ports were at $390 free on board (FOB) at the end of last week.

That was up $5 from a week earlier.

According to the IKAR, price for export sunflower oil was at $1,940/t unchanged, from prior week.

In Ukraine, according to APK-Inform, the indicative forward prices of Ukrainian wheat increased last week.

Export prices of Ukrainian soybean oil also have been growing gradually since the beginning of the last week.

Above-mentioned factors supported the prices of hydrated soybean oil too.

However, they were partially offset by lower demand from the key importers.

The bid prices on the FOB market were mainly announced at 285 USD/t FOB in the ports of Reni and Izmail.

At the same time, the purchasing prices of corn were mainly declining last week in the ports of Romania and Moldova.

In Iraq, the economic ministerial council agreed on increasing the price for state purchases of local wheat by 100,000 dinars to 850,000 dinars ($583) per tonne, state news agency reported on Tuesday.

In Australia, indicative delivered prices in Australian dollars per tonne were:

Main events and news during this week

The 2022 Wheat Quality Council’s Hard Winter Wheat Tour across Kansas wrapped up on May 19.

The three-day average yield for the fields that were calculated was 39.7 bushels per acre.

While an estimated 7.4 million acres of wheat were planted in the fall, the Kansas wheat crop varies in condition based on planting date and amount of moisture received.

What Mother Nature has in plan for the wheat crop still remains to be seen, but the tour captures a moment in time for the yield potential for fields across the state.

The official tour projection for total production of wheat to be harvested in Kansas is 261 million bushels, indicating that tour participants thought abandonment might be higher than normal at 11%.

Based on May 1 conditions, NASS predicted the crop to be higher at 271 million bushels, with a yield of 39 bushels per acre and abandonment at only 6%.

Overall, the Kansas wheat crop is spotty and short, but the eastern half of the state generally had better growing conditions than the western half.

Another surprise of this year’s tour was the lack of disease pressure, especially wheat streak mosaic virus.

Also, there was little to no insect pressure of concern for reducing yield.

The USDA estimate for the Nebraska wheat crop is ¬¬36.9 million bushels, down from 41.2 from last year.

The estimated yield average is 41 bushels per acre.

The estimate is for an average of 31 bushels per acre across the state.

Brad Erker, executive director of Colorado Wheat, estimated the crop at 40.1 million bushels, based on a yield of 28.6 bushels per acre, 1.4 million acres harvested and 30% abandonment rate.

Oklahoma reported that the state’s production is estimated at 60 million bushels, down from 115 million bushels last year, with 25 bushels per acre yield.

These fields are still 3-6 weeks from harvest.

A lot can happen during that time to affect final yields and production.

On this wake, Planalytics estimates the US winter wheat yield at 48.7 bpa, from their initial 48.8 bpa estimate.

Canadian wheat planting in Saskatchewan was 33% complete as of 5/16, trailing their 53% average pace due to excessive spring rainfall.

Argentine President Alberto Fernandez said on Friday that higher food export tariffs would help curb rising food prices, but admitted that he lacked support in Congress to push through legislation to raise levies in the major grains producer.

The South American country, is battling raging inflation heading towards 60%, which has forced the government to seek ways to bolster domestic supply and rein in prices.

The government in March hiked export taxes on soy oil and soymeal from 31% to 33% and created a wheat stabilization fund to tamp down local prices of flour.

Hiking tariffs on soybeans, corn and wheat, however, would need approval in Congress.

Argentina currently taxes shipments of wheat and corn at 12% and soybeans at 33%.

Grains are the country’s major export and top source of foreign currency, which is sorely needed to replenish depleted reserves after years of debt crises.

An estimated 73% of French soft wheat was in good or excellent condition by May 16, against 82% the previous week.

That followed a 7-percentage-point decline in the previous week and meant the rating was now below a year-earlier score of 79%, the office’s data showed.

Durum conditions also moved down to 74% from 77% a week ago.

In the Ile de France region around Paris, just 45% of the soft wheat crop was rated good/excellent, while in the Hauts de France, a key production region in the far north, the score was 77%.

Showers on Friday and in the coming days could help crops recover although, as in a previous unsettled spell at the start of the week, rainfall may be erratic.

Farmers were rounding off maize planting, with 98% of the expected area sown.

In a first published rating for emerged maize plants, FranceAgriMer said 93% of the crop was in good or excellent conditions against 95% a week earlier.

Russian analyst SovEvon raised the forecast for Russian wheat production this week by 1.2 MMT to 88.6 MMT.

If realized, this will be the second highest yield on record said SovEcon.

Ukrainian export data showed 643k MT of grains were shipped MTD in May, down from 1.8 MMT during May 2021.

While India is not typically a major wheat exporter, consecutive years of high production led an optimistic Prime Minister Narendra Modi to claim, “the farmers of India have stepped up to feed the world.”

Yet, India surprised wheat markets May 15 by announcing a sudden ban on wheat exports.

Many grain traders and prospective buyers of Indian wheat were caught off guard.

That would now be a reduction yr/yr from 109.6 MMT last season.

Yields were slashed due to a sudden rise in temperatures.

Shippers will still have to divert 20% of production to the domestic market.

The International Grains Council on Thursday cut its 2022/23 forecast for world corn production by 13 million tonnes to 1.184 billion.

In its monthly update, IGC lowered its forecast for the corn crop in the United States – where excessive rains have slowed planting – by 9.3 million tonnes to 367.3 million.

The week starts off with the weekly Export Inspections report on Monday afternoon and the NASS Crop Progress report overnight after the sessions close.

Skip ahead to Wednesday and EIA will release ethanol production and stocks data.

Thursday will feature the weekly Export Sales report in the morning, as well as the expiration of May Feeder Cattle futures and options.

To all of you, I wish you a good weekend.