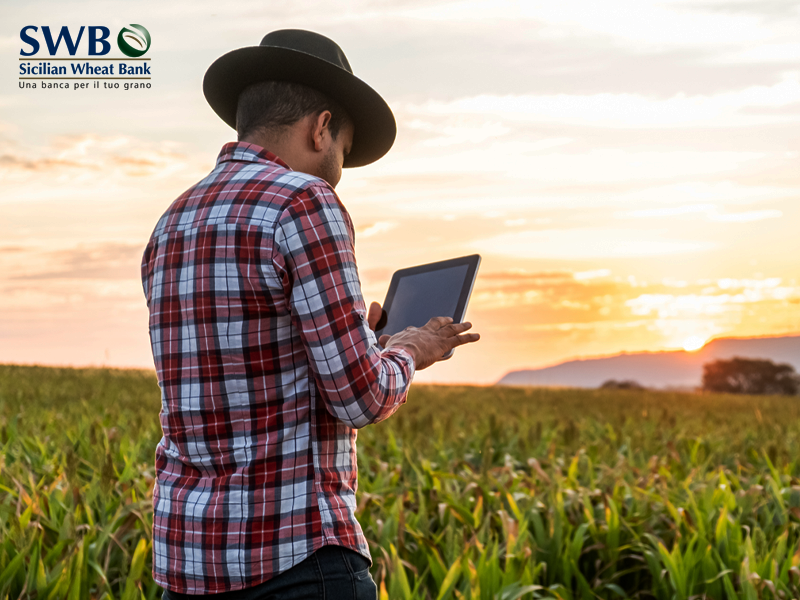 Corn, soybeans and wheat were all higher for the week.

Soybeans had a promising rally early in the week, supported by a surge in Malaysian palm oil to an all time high.

Soybean oil, which survived a Thursday sell off to closed 1.3% higher for the week.

All wheat complex cruised higher at the end of the week, with MPLS spring wheat posting new life of contract highs and gaining 4.6%, acrossing $10 per bushel for the first time in nearly a decade.

Chicago SRW was up a more sedate 3% week over week.

On macro markets, oil traded just below multi-year highs on Friday with bullish sentiment about low supplies tamped by concerns from world leaders that demand disruptions from the COVID-19 pandemic may not be over.

Prices have been boosted by worries about coal and gas shortages in China, India and Europe, spurring some power generators to switch from gas to fuel oil and diesel.

However, winter weather in much of the United States is expected to be warmer than average, according to a National Oceanic and Atmospheric Administration forecast.

The benchmark, which touched a three-year high of $86.10 on Thursday, was up 0,79% in the week, its seventh weekly gain.

The contract gained 1.8% on the week and was up for a ninth straight week.

On the other hand, the Baltic Dry Index (BDI), an assessment of the average cost to ship raw materials such as grains, coal, and iron ore, decreased 9% on the week to end at 4,410.

On the financial side, the S&P 500 and Nasdaq closed lower on Friday as disappointing quarterly reports from Snap Inc and Intel Corp put pressure on the communications and technology sectors and investors turned skittish as Federal Reserve Chair Jerome Powell discussed stimulus tapering.

The Dow managed to end the day with a record closing high for the first time since Aug. 16, but all three indexes had lost ground in morning trading while Powell was speaking and went on to pare losses in a choppy session.

Still, all three indexes notched a third straight week of gains for the first time since early July, with the S&P adding 1.6% for the week while the Dow climbed 1.1% and the Nasdaq advanced by 1.3%.

Above-average rainfall was recorded in Oregon and Washington while recent rain in Montana slightly reduced the drought intensity.

Meantime, according to USDA, as of October 17, crop progress figures had corn 52 per cent (pc) harvested, beans 60pc and milo 59pc.

The corn crop rating remains stable at 60%, judged to be good to excellent.

Meantime, plantings of winter wheat, hit 70pc of the total intended winter wheat area for harvest in 2022, one point below the 5-year average.

USDA also reported 44% of the country’s winter wheat has emerged, led by Nebraska at 76%, and Colorado, Idaho, and Washington tied for second at 58%.

Between today and Tuesday, plenty of wet weather is expected to develop in a band stretching between northern Missouri and Ohio, with some areas likely to see 1.5” or more during this time, per the latest 72-hour cumulative precipitation map from NOAA.

The agency’s 8-to-14-day outlook predicts a return to seasonally dry weather for the central U.S. between October 29 and November 4, with warmer-than-normal conditions likely for most of the country next week.

That took the total of shipped and unshipped sales to 28.894 MMT, 2% above vs. last year at this time and now 46% of the current USDA forecast.

As for soybeans, exporters sold 2.878 MMT of soybeans during the week of October 14.

That was a marketing year high.

China was stepping up purchases in seasonal fashion, committing to 1.884 MMT during the week.

US Exporters have now booked 51% of the USDA estimate vs. the average 53% pace for this date.

Total commitments for wheat exports are 12.479 MMT, which is now 52% of the USDA forecast vs. the 58% average pace for this date.

It is down 20% from last year at this time, however.

Ethanol production continues to be a dark horse for corn’s demand, as output rose to 1.096 million bpd in this week’s report.

That was the highest weekly average since June 2019 and implies corn use of 109-110 million bushels for the week (before DDG netback).

As for soybeans, the report showed spec funds in soybean futures and options cutting back their net long position by 10,903 contracts as of October 19.

As for wheat, the report showed spec funds in CBT wheat expanding their net short position just in time for the Thursday swoon.

In KC HRW, the funds trimmed 896 contracts from their net long for the week, to 47,390 contracts.

Meanwhile, corn basis bids were steady to weak across the central U.S. after tilting 1 to 6 cents lower at four Midwestern locations on Friday.

Soybean basis bids were steady to weak , spilling 8 to 14 cents lower at three Midwestern locations while remaining unchanged elsewhere across the central U.S..

As for wheat, HRW basis was up in both the Gulf and Pacific Northwest (PNW) this week as higher HRS futures prices incentivized buyers to seek HRW as a substitute.

That increased HRW demand and driving up HRW futures prices.

In a meeting with U.S. Ag Secretary Tom Vilsack, Mexico Ag Minister Victor Villalobos said Mexico will not limit imports of GMO corn from the U.S.

Mexico published an executive order last year that sought to ban the use of GMO corn for human consumption in three years and pledged to substitute imports with local production.

Mr. Villalobos affirmed that the country would not allow the cultivation of GMO corn but would allow imports from the U.S.; Mexico is the number two buyer of U.S. corn after China.

The minister’s comments come on the heels of Mexico’s Supreme Court denying appeals against the ban on sowing GMO corn and the use of glyphosate.

Mexico imported 16 million tonnes of corn from the U.S. last year, almost all of it genetically modified, and is poised to import a record amount this year.

While self-sufficient in terms of white corn, it is unlikely Mexico will grow enough yellow corn to meet its demands by 2024.

Also during the meeting, Mr. Vilsack said seeds and patents are the next thing the USDA will examine under a Biden administration order on competition.

From South America, recent rains in key production regions of Argentina has the country’s Buenos Aires Grains Exchange predicting a record wheat harvest this season, with an estimated total of 19,2 million tonnes.

Harvest has barely begun, with 2% progress, and will continue through January.

Consequently, the Buenos Aires Stock Exchange has withdrawn two points from its ratings of “good to excellent”, which fell to 44% (10% last year).

Argentina barley feed, was unchanged from last week, valued at $275.

On European market, Strategie Grain bumped its EU corn production number higher, pushing it to 67.5 MMT from the previous estimate of 64.9.

Corn harvest progress in France doubled in the past week, according to AgriMer, reaching 32% complete.

Regardless, this is still well behind last year when 75% of the crop was already out.

Ocean shipping prices have surged in the past few months.

The traditional use of NNC has led to higher shipping costs, said traders.

From the Black sea basin, SoveEcon reported that export prices for Russian wheat with 12.5% dry basis protein (11.0% on a 12% moisture basis) rose to the highest level since August 2012 at $312/MT FOB from deep-water Russian ports.

The analyst noted that “port demand is relatively weak, with traders talking about limited forward sales, a strong ruble, and a further increase in export duties.”

IKAR said prices had stabilized for the first time in 13 weeks.

Russia has also again raised its export tax on wheat, which now stands at $ 67 / t.

Year-to-date Russian wheat exports are 26% behind the pace at the same time last year.

The Ukraine Ag Ministry reports that 76.5% of that country’s crops have been harvested.

From The Middle East, Iraq’s agriculture ministry said the 2021/22 all winter crop planting area will fall by 50% due to a water shortage.

The United Nations (UN) Food and Agriculture Organization (FAO) said wheat production will be 70% lower compared to the previous season.

Iraq is suffering from a drought compounded by water extraction upstream from the Euphrates and Tigris Rivers.

The USDA most recently estimated Iraq’s wheat crop at 4.5 MMT with imports of 2.8 MMT.

From the Middle Kingdom, China imported 44.8% less wheat in September 2021 compared to September 2020 according to data published by the General Administration of Customs.

Year-todate, China’s wheat imports are 5.2 MMT for the calendar year according to USDA.

From Australia, Aussie wheat production is expected to be 31.9 MMT this year said a recent report from Rabobank.

The USDA reported that Australian wheat production would be 31.5 MMT.

While 4% less than last year’s production, it is still the second largest Australian crop in a row.

Indicative delivered prices in Australian dollars per tonne were:

They now estimate that crop to total 1.21 billion metric tons, up 1 million from the previous estimate.

Meantime, they left their global wheat and bean number unchanged at 781 MMT and 380 MMT, respectively.

Watching next week market, we start Monday with soybean traders unloading any surprise positions inherited with the November options expiration and “pin” at the $12.20 strike price.

Fast forward to Wednesday and EIA will put out ethanol production and stocks data.

On Thursday FAS will release their weekly Export Sales report.