US farm markets started the week mixed but mostly lower.

Spring wheat futures ended the session 0.97% in the red.

Particularly, March MPLS wheat has posted losses in 9 in the last 11 sessions for a net $1.21 drop.

In energy market, oil prices climbed on this morning, with investors regaining some risk appetite as they await clues from the U.S. Federal Reserve chairman on potential interest rate rises and as some oil producers continued to struggle to beef up output.

A weaker U.S. dollar helped support oil prices onthis morning, as it makes oil cheaper for those holding other currencies.

In the freight market, the Baltic Exchange’s dry bulk sea freight index fell to a more than two-week low yesterday, as a decline in smaller vessel rates eclipsed gains in the capesize segment.

On equities markets, U.S. stocks on Monday settled mixed, with the S&P 500 falling to a 3-week low and the Dow Jones Industrials falling to 2-1/2 week low.

A jump in T-note yields undercut technology stocks early Monday and weighed on the overall market after the 10-year T-note yield climbed to a nearly 2-year high at 1.806%.

However, technology stocks rebounded Monday afternoon and helped stock indexes recover from their worst levels after the Nasdaq 100 erased a more than -2% loss from a 2-1/2 month low and closed higher on dip buying.

Comments on Monday from Richmond Fed President Barkin were bearish for stocks when he said he “certainly” thinks it’s conceivable that the Fed will be able to raise interest rates at the March FOMC meeting.

High inflation is taking a toll on American families, Federal Reserve Chair Jerome Powell acknowledged in remarks to be delivered at a Tuesday congressional hearing on Powell’s nomination to a second four-year term.

Investors are keeping an eye on rising numbers of coronavirus cases, especially in China, where a third city has locked down its residents because of a COVID-19 outbreak, raising the number confined to their homes in China to about 20 million people.

On the weather side, we don’t expect much additional rain or snow in the Midwest and Plains between today and Friday.

Particularly, bitter cold in the Northeast through early Wednesday, while milder air begins to expand across the Central United States.

Meantime, heavy rain may lead to instances of flooding throughout parts of western Washington over the next few days.

The agency’s 8-to-14-day outlook predicts some seasonally wet weather for the Northern Plains between January 17 and January 23, with seasonally cool weather settling into the eastern half of the U.S. during that time.

In this context, US winter wheat conditions remain well below normal, and 65 per cent of the country is in drought according to the latest release of the drought monitor.

However, we know that the correlation at this time of the year to final yields is low, but the market will be wary until it can find more confidence.

On the demand side, weekly export inspections report showed 1.023 MMT of corn was shipped through the week that ended 1/6.

That was up from 759,563 MT last week but still under the same week last year.

Mexico and China were the week’s top destinations.

As for soybean, FAS reported 905,149 MT of soybeans were shipped during the week that ended 1/6.

That was down from 1.61 MMT last week and 1.91 MMT during the same week last season.

As for wheat, export inspections data showed 233,159 MT of wheat was shipped during the week that ended 1/6.

Meantime, ahead of USDA’s Jan reports analysts are looking for a 1.8 MMT trim in Brazilian corn production and a 900k MT reduction for Argentina on average.

World corn carryout is estimated at 303.6 MMT, which would be 2.1 MMT lower if realized.

As for soybean, traders are looking to see a USDA trim Brazil’s soy production by 2.4 MMT to 141.6 MMT on average.

Argentina soybeans are expected to be reported at 48.2 MMT, which would be a 1.3 MMT cut if realized.

Global soybean carryout is expected to be 2.3 MMT lighter at 99.7 MMT.

As for the quarterly stocks, the average of pre report estimates is to see NASS find 3.127 bbu of soybeans as of Dec 1.

USDA will also provide winter wheat plantings data, the trade is expecting to see a 700k acre increase from 21/22 at 34.3m acres on average.

In this context, corn basis bids held steady across the central U.S. to start the week.

Soybean basis bids were mostly steady across the central U.S., but did tilt 3 cents higher at an Indiana processor and 5 cents lower at an Iowa processor.

However, overall common wheat exports for the marketing year 2021-22 (August-July) remained sharply lower on the year at around 5 million mt, down over 41%.

During the same period of MY 2020-21, Canada had shipped out slightly over 8.5 million mt of the food grain.

Exports of the food grain rose in the week to Jan. 2 as demand for the crop increased from countries in the Middle East amid a sharp decline in prices.

From Aug. 1 to Jan. 2, exports of durum wheat totaled 1.2 million mt, against 2.5 million mt during the same period last year.

Agriculture and Agri-Food Canada has estimated the country’s wheat exports in MY 2021-22 to fall sharply to 16.1 million mt.

The US Department of Agriculture expects Canada’s wheat exports at 15 million mt for MY 2021-22.

Canada’s wheat exports are expected to see a sharp fall in this marketing year as the exportable surplus is seen tightening with output at lowest in more than 14 years amid one of the warmest and driest summers on record.

From South America, conditions are set to improve throughout southern Brazil into the middle of Argentina.

According to meteorologist Don Keeney, weather patterns will change next week, resulting in wetter conditions in the northern half of Argentina and southern Brazil, while northern Brazil will have a welcome break from the rainfall.

Meantime, the 2021/22 Brazilian soybean harvest has just begun, with just 0.2% progress so far, according to the AgRural consultancy.

Reports of good yields are coming out of the top production state of Mato Grosso, while optimism over yields in Paraná is much more muted after seeing plenty of hot, dry weather throughout the season.

AgRural is currently expecting to see total production to come in around 4.902 billion bushels.

Certantly, the start of the Brazilian harvests and this forecast of 15-day rains over a large part of Argentina and Brazil weighed on the markets trend yesterday.

More advanced drought conditions in Paraguay could reduce Argentine imports below the current projected 4.5 MMT, which is 300,000 metric tons below USDA Official.

Argentine MY 2021/22 sunflowerseed and peanut production projections are unchanged at 3.4 MMT and 1.3 MMT respectively.

Particularly, a withdrawal of the Eurodollar parity allowed European wheat to remain in the green.

The recent fall on Euronext has increased the competitiveness of French wheat, raising hopes of further sales to destinations like Morocco.

“Overall, EU wheat is looking pretty competitive in world markets as Russia’s export taxes continue to hinder Russian exports, but there is an absence of demand with no new international tenders for wheat issued as the week starts,” one German trader said.

“There are expectations of more demand in January from importers like Egypt, Morocco and sub-Saharan Africa, along with Iran.”

Traders said two ships each with about 65,000 tonnes of German wheat sailed for Iran last week, following large purchases made by the country in late 2021.

Corn prices, however, were stable yesterday.

As we approach February delivery in MATIF rapeseed, the market is showing extreme signs of volatility.

Imports of canola are not doing enough to quell the nearby shorts, and the European oil market is shrugging off any COVID-related demand concerns.

There are no threatening temps with precipitation close or above average.

Particularly, lower temperatures with – 9 degrees displayed in Moscow, – 5 degrees in Kiev and still + 8 degrees in Krasnodar.

The drop in temperatures is expected to continue tomorrow and the day after.

Meantime, according to State Custom Service of Ukraine, since the beginning of 2021/22 MY and as of January 10 Ukraine exported 33.527 mln tonnes of grains and pulses, up by 6.324 mln tonnes year-on-year, reported the press-service of Ministry of Agrarian Policy and Food of Ukraine.

Particularly, Ukraine has exported 1.054 mln tonnes of grain in December.

On the other hand, Russia-West-Ukraine tensions also remain on the agenda.

“It’s hard to expect a breakthrough while we do believe that any open conflict will provide substantial support to global wheat prices” Andrey Sizov said.

From Malaysia, to note that MPOB confirmed the sharp decline in palm production in the country last month.

However, on this morning prices gave up a little ground in favor of disappointing export figures and some profit taking.

From Australia with plenty of moisture, the summer-crop program is becoming a dream run for Queensland and northern NSW, with yield potential looking good and the earliest of sorghum to be stripped in the next week

Storage capacity is likely to be a pinch point with the increase in production and the hangover of a large winter crop area.

Meantime, Aussie local wheat markets were a touch firmer both at the terminals and direct to port for January period, and we saw bids up A$10/t in Victoria on selected grades.

The trade wheat markets still have wide spreads between bid and offer.

Barley continues to get a bid and remains very steady across the port zones, and malt premiums remain firm.

The ongoing rain in Victoria and NSW has all but sealed the fate for malt supply now.

We saw some life back in the canola market yesterday across the boards, with Victorian and South Australian prices firmer by $5-10/t.

Australian values remain steeply discounted to the rest of the world for both current and new crop.

Particularly, the KFA’s Incheon section purchased the corn in two consignments each of about 65,000 tonnes, both at an estimated $334.17 a tonne c&f.

Seller was believed to be trading house Viterra.

The first consignment was sought for arrival around March 30.

The second consignment was sought for arrival around April 20. Shipment was sought between March 16 and April 5 if the corn is sourced from the US Pacific Northwest coast, between Feb. 28 and March 16 if from the US Gulf or Black Sea region/east Europe, between Feb. 19 and March 11 if from South America and between March 1-20 if from South Africa.

Iraq’s state grains buyer has extended the deadline for validity of price offers in tender to buy a nominal 50,000 tonnes of milling wheat in which only a limited number of trading companies were asked to participate.

The tender has been restricted to about eight trading houses in the United States and Canada.

The deadline for submission of price offers in the tender was Jan. 3 but Iraq has asked tender participants to extend the validity of their offers until Jan. 13.

No purchase has yet been reported.

The wheat can be sourced optionally from the United States, Canada or Australia. 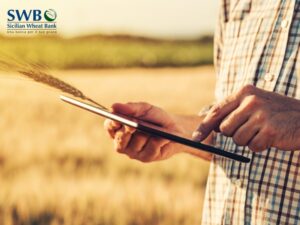