US farm markets, had a couple of rough sessions to start the week.

However, most contracts reversed higher in yesterday session, after first signals seen in Wedsneday’s session.

On macro markets, oil prices climbed on this morning, extending yestrday’s gains after OPEC+ have agreed to go ahead with their original plan of adding 400,000b/day in Jan but gave themselves an out indicating they could revisit the decision at any moment due to the COVID-related uncertainty in the market, surprising it.

Also, this reverse trend was based on Vortexa statement’s that on Monday said that crude oil stored on tankers that have been stationary for at least seven days in the week ended Nov 26 fell -17% w/w to 82.12 million bbl.

Also, the Eurozone Oct unemployment rate fell -0.1 to a 19-month low of 7.3%, right on expectations.

However, oil prices were still on course for a sixth week of declines.

On the negative side, the Japan Nov consumer confidence index was unchanged at 39.2, weaker than expectations of an increase to 40.3.

Both benchmarks heading lower for a sixth straight week for the first time since November 2018.

On equities markets, US stocks rebound comes as investors try to gauge the amount of damage the omicron variant of COVID-19 might inflict on the economy, and measures the U.S. and other governments are taking to restrain it.

Countries have been imposing barriers to travel and stricter restrictions on businesses and people.

Consequently, trading has been choppy all week and, despite the latest gains, every major index is on track for a weekly loss.

The Nasdaq added 0.8% to 15,381.32, held back by a modest drop in Apple, which fell 0.6% after the iPhone maker reportedly warned suppliers that it is seeing weak demand ahead of the holiday season.

On this wake, stocks were mostly higher in Asia on this morning after the broad rally on Wall Street.

On the weather side, record breaking warmth continues from the Southeast to the Southern Plains today, with widespread above average temperatures lingering throughout much of the Nation this weekend.

Some portions of the Mid-South and Great Lakes regions could gather another 0.5” or more during this time.

Meantime, the latest updates to the U.S. Drought Monitor show overly dry conditions are trending higher in the High Plains, where 82.7% of the region was affected through November 30, up from 82.0% a week earlier.

That’s still better than year-over-year results of 96.8%, however.

On the demand side, USDA data showed corn export sales from the week that ended 11/25 were 1.021 MMT.

That was at the high end of expectations and included a 100k MT sale to Mexico that was previously announced.

Mexico was the top buyer for the week.

Compared to last week, corn bookings were down 29%, and were 25% off the same week last year.

That was in line with the range of estimates, but 33% under last week and 32% below the same week last year.

The weekly report confirmed China was the top buyer, though 462k of their 657k were previously reported as unknown.

USDA data showed 2.327 MMT of beans were shipped during the week, which was 4% under the same week last year.

The trade was looking for between 100k and 200k to be reported.

As for wheat, USDA’s weekly Export Sales report showed just 79,000 MT of wheat was sold during the week that ended 11/25.

That was a MY low.

In the previous Export Sales update, 21/22 commitments were down 21% yr/yr.

Wheat complex gained back what it lost with Chicago rallied 24.5usc/bu, Kansas added 23usc/bu while Minni increased by 22.5usc/bu.

Corn basis bids were largely steady across the central U.S., but did tip 2 cents lower at an Iowa river terminal.

From South America, Argentina could plant 7.3 million hectares of corn this year according to the Buenos Aires Stock Exchange.

That is an increase of 200,000 ha compared to the latest estimates.

In this context, the Buenos Aires Grains Exchange, expects the country to produce 55 MMT of corn this season.

Argentina is the world’s No. 2 corn exporter.

Brazilian soybean has had nearly ideal conditions with harvest not that far away.

Meantime, Brazilian basis has been on the slide as the market eyeballs what could be a 145Mt crop.

On European market, Euronext finally stepped on the accelerator Thursday evening to initiate a significant rebound.

This unprecedented volatility is particularly noticeable in rapeseed, whose prices fluctuated by more than € 40 / t between Wednesday’s low and Thursday’s high.

As for wheat the downturn at the start of the week generated new international calls for tenders enabling the market to rebound significantly, especially as new rains are expected in Australia, significantly degrading the quality.

It is still difficult to estimate at this stage the percentage of forage which could nevertheless exceed 50% according to traders.

Corn is also benefiting from significant demand, both in Europe and internationally.

Meantime, according to the FAO, food prices are at their highest since June 2011, raising fears in the most disadvantaged countries.

The FAO food price index, which tracks international prices of the most globally traded food commodities, averaged 134.4 points last month compared with a revised 132.8 for October.

Particularly, the FAO’s cereal price index rose by 3.1% in November from the previous month and was 23.2% higher than its year-ago level.

At the same time, FAO cut its projection of global cereal production in 2021 to 2.791 billion tonnes from 2.793 billion estimated a month ago even if the expected world cereal output would still represent a record.

Thus, FAO’s forecast for world cereal stocks by the close of seasons in 2022 stood at 822 million tonnes, up 2.9 million tonnes since November but still down 0.7% from opening levels.

From the Black Sea basin, wheat prices rebounded in the wake of other places and in favor of good demand and pending the outcome of Saudi Arabia’s tender.

As for corn, on the other hand, prices in Ukraine are struggling to rise again in a context of harvests pressure with an estimated production of between 38 and 40 million tonnes.

However, the share of Ruskie origin is getting lower since Turkish buyers are also trying to seek alternative cheaper options.

From the Middle Kingdom, China is puchaising wheat, following procurement.

Half of China’s state reserves of wheat temporary stocks were produced before 2018, which might not be suitable for flour milling purposes.

Since the state reserve failed to buy any wheat under the price support program in 2021, wheat temporary stocks are expected to decline further if more public auctions are conducted.

In the government’s mind, a stocks level of 40 MMT is necessary to intervene and keep domestic wheat prices in check.

Many Chinese wheat traders viewed the suspension of government wheat auctions as bullish.

In addition, delayed winter wheat seeding in November is also bullish for the Chinese wheat market.

It is expected that wheat prices will stay firm in December, however, China is seemingly comfortable with WA’s low pro, which has been a feature of the wires in the last days.

If the talk is right, goes someway to explaining why Chinese corn buying has slowed up.

Chinese soybean importers have nearly completed December purchases, and are now filling January and February needs just as the Brazilian export season ramps up, according to a U.S. exporter.

January soybean shipments from the Gulf Coast were offered around $500 per tonne FOB late last month, with an additional $78 or $80 per tonne for freight to China.

Brazilian soybeans are around $520 per tonne FOB, with freight of around $60 per tonne.

China’s soybean arrivals in November-December will mainly be U.S. cargoes, but Brazilian shipments are expected to rise sharply during January-March to over 6 million tonnes.

That would mark a more than four-fold rise from the 1.35 million tonnes during the first quarter of 2021.

From Malaysia, palmoil traded to MYR$4650/mt yesterday but the guru of the palm market, Dorab Mistry, has suggested we could see price rally to MYR$5400 boosted by large export levies in Indonesia and seasonal supply tightness.

From Australia, some thunderstorm activity late yesterday was rolling around Vic and southern NSW with some growers recording 4mm in their gauges and will be a later start in the paddock today.

The harvest pace has stepped up this week through South Australia.

WA continues to power through their record harvest season.

More logistical issues emerged yesterday with northern domestic homes eager to get spot loads in but flood waters and road blockages continue to cause havoc.

Consequently it was a mixed bag on the cash bid boards yesterday with east coast wheat relatively unchanged.

Market was stronger for prompt wheat in the north.

It was a buck firmer in the Geelong Portland zones.

AGP1 spreads lost some ground by $5-10/t versus milling.

Barley was softer over the day with cash bids back $5-8/t across the board and contract and trade bids pulled back even harder by the days end.

Canola was up $20/t across the board with more strength expected today on the back of sharp moves overnight in Matif and Winnipeg markets. 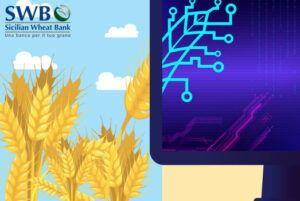