US farm markets continued to move lower in a generalized sell-off yesterday .

Traders are expecting USDA to raise yield and production forecasts in the next World Agricultural Supply and Demand Estimates (WASDE) report, out on this morning, while yesterday leaked a probable upward revision in corn and soybean areas.

Soybeans saw more important cuts that ranged between 0.5% and 1%.

Wheat prices saw the most downside, with most contracts down between 2% and 3.5%.

On macro markets, oil prices fell more than 1,5% to settle at their lowest since Aug. 26 on Thursday after China said it would release crude oil reserves to the market via public auction to ease the pressure of high feedstock costs on domestic refiners, in a move that was described as a first.

Additionally, some U.S. airlines, key to a recovery in jet fuel demand, warned of a slowdown in ticket sales.

However, both benchmarks recovered a bit on this morning as growing signs of tightness in U.S. markets after Hurricane Ida hit offshore output.

Indeed, Royal Dutch Shell Plc, the largest oil producer in the U.S. Gulf of Mexico, has cancelled some export cargoes due to Ida’s damage to offshore facilities.

To cushion the impact, the U.S. Energy Department said on Thursday it has approved a second loan of 1.5 million barrels of oil to Exxon Mobil Corp from the Strategic Petroleum Reserve.

Brent is headed for a second straight weekly loss.

On the financial side, on Thursday, the European Central Bank took a small step towards dialling back bond purchases, following Tuesday’s decision from the Reserve Bank of Australia to stick with its tapering schedule.

Sky-high valuations and signs that the flood of cheap cash washing around financial markets may be subsiding suggest the record-breaking run in shares is about to hit the buffers.

This week has already seen signs of nervousness, with MSCI’s World equity index down 1% from Tuesday’s record high.

Investors remain skittish about what the next round of moves the Federal Reserve may make when it meets again next week.

Meantime, Asian shares rallied on this morning after two days of losses, but were still in a nervous mood.

MSCI’s broadest index of Asia-Pacific shares outside Japan, gained 0.47% in early trading, but is still down around 0.8% compared to last week’s close, in line with the global trend.

But gains were lead by Hong Kong with the local benchmark rebounding 1.5% having fallen over 2% the day before when Chinese tech stocks took another battering after authorities called gaming firms in for a word.

Coming back on grains market, Corn prices stumbled to seven-month lows Thursday but finished the session with mildly mixed results.

In fact, corn seems overly reluctant to drop under $5/bu.

Soybean prices faced another moderate drop, despite the USA once again sold 132,000 t of soybeans to China, that limited losses.

That represents since the start of the week a decline of nearly 5%.

Export figures remain impacted in the USA by the damage to the ports linked to Hurricane IDA.

On the other hand, ethanol production snapped an eight-week losing streak for the week ending September 3 after firming slightly to a daily average of 923,000 barrels.

Production levels remain moderately below the pre-pandemic era, when it routinely topped 1 million barrels per day.

In this context, corn basis bids showed some wild variability across several Midwestern ethanol plants, moving as much as 80 cents lower at one Indiana facility while jumping 60 cents higher at an Illinois location.

Soybean basis bids were steady to weak across the central U.S. – especially at three Midwestern processors, where bids dropped 5 to 20 cents lower.

From South America, Conab in Brazil shows an estimate this year of corn production at only 85.75 million tonnes, against 86.65 still estimated last month, or compared to 102.59 million tonnes last year.

Meantime, Brazil’s Conab is still anticipating a record-breaking soybean crop this season as harvest wraps up.

The group’s latest projection is for 4.993 billion bushels, which would be a year-over-year increase of around 9%, if realized.

According to the exchange, the upcoming soybean production would be established for Argentina at 48.8 million tonnes and that of corn at 55 million tonnes.

Soybean areas are reportedly down to 16.2 million hectares, down 700,000 ha compared to last year.

Argentinian farmers are likely to favor planting corn versus soybeans, due to a discrepancy in export taxes (33% for soybeans, 12% for corn).

Also on European market, there was a down turn for all products.

In wheat, the confirmation of French mediocre qualities weighs on prices.

Germany could partly replace some destinations such as Algeria for example.

Sharp drop also in rapeseed prices after hitting a high on Wednesday.

This decline follows in the wake of canola and palm.

In Kuala Lumpur this morning, prices are down again.

Meantime, the European Commission yesterday approved the new reform of the CAP for the period 2021/2027, encouraging producers to “green” their activity.

From Black Sea basin, Ukraine confirms its ambitions as a major player in export on the international scene by deciding the construction of a new port terminal near Odessa.

The Ukrainian National Bank (NBU) has just increased its interest rates to 8.5% to try to curb inflation which is showing at 10%.

The cases of covid are clearly on the rise in the country, which should encourage the authorities to strengthen their health measures.

The price of quality wheat with 12.5% minimum protein crosses the bar of 300 usd / t fob thus increasing the differences with fodder wheat.

From Australia, harvest is ramping.

There are big concerns of labour shortages around the country and a bumper crop on the way.

Indeed, fears remain that Aussie farmers and bulk handling sites are going to struggle to get the labour force in.

In WA still to assess frost damage on the ground.

While Port Adelaide zone is $3-4/t over the Eastern Port zones.

Internationally, the Philippines bought wheat from India and Australia.

The Indian purchase is an interesting one, the wires suggesting it is just a one off but it will be interesting if they are a feature in the market going forward.

Morocco issued a tender to purchase 364.685 t of soft wheat from the United States under the country’s preferential tariff import quotas.

The grain is for arrival by the end of December.

Tunisia has issued a tender for 100 kt of milling wheat and 100 kt of feed barley from optional origins that closes today.

The grain is for shipment between early October and mid-November, depending on origin.

Algeria, for its part, purchased 60,000 t of optional feed barley.

Saudi Arabia has launched a call for tenders for 360,000 t of milling wheat. 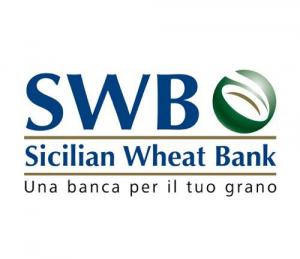