Yesterday, US farm markets were lower.

Some wheat contracts were down nearly 2.5%.

Wheat futures had risen on Tuesday after the U.S. Department of Agriculture’s (USDA) monthly supply and demand report showed a reduced projection of global wheat stocks that was below analyst expectations.

However, increased projections of U.S. corn and soybean production weighed on those markets and spilled over into wheat on Wednesday with different profit takings.

Oil prices were also supported by concerns about supply tightness after the U.S. Energy Information Administration (EIA) said on Wednesday that crude oil output in the United States, the world’s biggest producer, is going to decline in 2021 more than previously forecast, though it will bounce back in 2022.

As we know, oil prices has been buoyed in past days by expectations that soaring natural gas prices as winter approaches will drive a switch to oil to meet heating demand.

On the financial side, Wednesday’s data showed U.S. consumer prices up 5.4% on a year-on-year basis last month and that increases in rent seemed to be picking up steam – which along with soaring energy costs raises the risk of persistent price pressure.

Thus, stock markets were mostly flat, with the Dow inching 0,53 points to 34.377,81, but investors are generally skittish over the possibility of rising interest rates and the current state of the consumer price index.

Asian stock markets rose, the dollar eased and longer-dated bonds rallied on this morning as investors reckoned on inflation bringing forward rate hikes around the world.

The Shanghai Composite was marginally softer while Hong Kong markets were closed for a holiday.

Coming back on grains market, corn prices dropped of more than 2% as traders continued to sell on the wake of Tuesday’s WASDE report mostly shrugling off a large sale announced to unknown destinations.

Soybean slided around 0.25% lower on a round of technical selling that was largely triggered by spillover weakness from corn and wheat prices.

So, markets continued to adjust after the USDA reports and funds start to sell.

Rumours have another couple of cargoes of soybeans sold yesterday/today.

The regular export sales reports will publish on Friday, delayed a day.

In this context, corn basis bids were steady to firm after rising 2 to 10 cents higher across half a dozen Midwestern locations.

Soybean basis bids were steady to firm after tilting 3 to 10 cents higher across four Midwestern locations.

A sharp fall this week in export premiums in France and some other European countries also created doubts about demand after a brisk start to the export season.

The cancellation of the Egyptian wheat tender also raised some question marks about current prices.

Meantime, in France, farm office FranceAgriMer reduced its forecast for soft wheat stocks at the end of 2021/22 to reflect a reduced harvest estimate.

It also warned tensions in fertiliser markets could lead farmers to switch from maize to other crops in spring planting.

In corn, the downturn was also strong, yielding on short-term Euronext maturities up to more than – € 10 / t during the trading session. The progress of the harvests leads to a review of availability, in a context of strong tension after an extremely tense end of the 2020/2021 season in France.

On the other hand, rapeseed futures on Euronext were firm, supported by rising vegetable oil prices.

Front-month November settled up 0.9% at 647.00 euros a tonne, although it remained well below last Friday’s contract high of 685.00 euros.

From the Black Sea basin, weather maps are remaining dry across much of the Russian winter wheat area along the Volga River.

Extended run models are bringing next to nothing into the month end.

The prices of wheat and corn showed a slight decline yesterday in response to the USDA publication on Wednesday evening.

From Mideast, in Iran, the confirmation of a marked drop in production potential this year and lower revised initial stocks thus lead to believe that the country will be more active in wheat imports during the season.

This outlet is naturally coveted, especially as the USDA is now counting on an import volume of 4.5 Mt, which is almost double the volume already imagined last September.

Some operators are even counting on an even greater volume.

From Australia, the slide in offshore corn and, lower-protein, wheat values coupled with patchy rain across much of the Australian grainbelt, has seen values soften in the past week.

Harvest pressure has come to bear on the northern barley market, while the eastern-states wheat market is factoring in the expectation of a below-average protein profile.

Early crops of wheat are being harvested in Queensland, and barley on both sides of the New South Wales-Queensland border are high yielding and good quality.

This has domestic consumers sticking with barley where they can, and buying hand to mouth in the expectation that lower-protein and possibly weather-damaged wheat will be offered competitively in coming weeks.

Meantime, the BOM is adding chances for a new storm system for WA later this month.

Totals from the storms across the east coast have run nicely into that 1-2″ rain forecast for much of northern and central NSW. 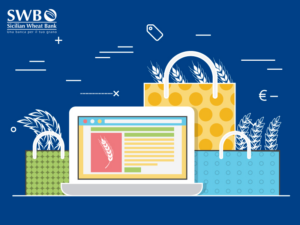 Chicago wheat March contract was down US12.4 cents to 783c/bu;