US farm markets, were mixed but mostly lower to start the week.

Traders, indeed, finished to square their positions ahead of today’s WASDE report released by the USDA.

Consequentially, corn prices were up around 0,47%.

Winter wheat contracts were all down around 0.25%.

On macro markets, oil prices fell for the first time in four days on this morning, taking a breather.

Crude oil was fuelled in the past weeks, by a rebound in global demand that is contributing to energy shortages in economies from Europe to Asia.

On the financial side, Wall Street’s main indexes ended a choppy session lower on Monday as investors grew nervous ahead of third-quarter earnings reporting season.

But the gains faded amid concerns about earnings, set to kick off with JPMorgan Chase & Co results on Wednesday.

In this context, on this morning Asian shares dropped while the safe-haven dollar held firm.

Chinese property bond markets crashed again yesterday after more defaults by Evergrande, re-opening the discussion about how big the problem in the property market there is and with what, and when, the government may intervene.

Consequentially, MSCI’s broadest index of Asia-Pacific shares outside Japan was down 0.9% in early trade.

Meantime, rains began falling as forecast across the US southern Plains and the southern part of the western Corn Belt.

Forecasts remain for a widespread 1-2″”+ across most of the WCB and much of the ECB.

The October WASDE, to be published tonight, will incorporate last week’s stocks and production figures.

Ahead of this USDA’s report, soybean harvests are estimated to have reached 34% to date against an average of 26% to date.

Meantime, more rumours emerged about Chinese purchases of US beans that limited losses and which, if true should appear in flash sales reporting when US government offices reopen.

Corn, in contrast, did not change much.

Particularly market anticipates a cut in US corn production.

So, corn yield estimates will be closely scrutinized, with expectations around 176 bushels per acre.

Harvests are estimated at 29%, meantime, against an average 5 years of 22% to date.

About wheat, analysts expect to see a moderate decline in U.S. wheat stocks, moving from 615 million bushels in September down to 576 million bushels.

In this context, corn basis bids were steady to mixed, moving as much as 5 cents higher at an Illinois processor and as much as 10 cents lower at an Iowa ethanol plant.

Soybean basis bids were widely mixed at three interior river terminals (tumbling 15 cents at one location while firming 9 cents at two others) and moved 1 to 5 cents higher at three other Midwestern locations.

Happy Thanksgiving to those in Canadian friends.

“Excessive humidity” has slowed progress in southern regions, according to the consultancy.

AgRural also estimates the country’s 2021/22 soybean plantings are 10% complete through October 7, versus progress of 3% at the same time last year.

Corn, on the other hand, maintained its bullish streak.

Harvest delays in the Black Sea and in Europe continue to strain the Community market rapidly.

Wheat prices were moderately lower, with December milling wheat down 0.2%.

However, there is some selling interest for Euronext wheat contracts at these levels, so sentiment remains bullish.

The United Kingdom is expecting a much bigger wheat crop this year, improving 45% from a year ago to reach 14.02 mln tonne.

Conditions are much more favorable this fall, in contrast.

From the Black Sea basin, corn prices continue to rise in Ukraine, a consequence of both the late harvest and below-expected yields.

Further rains are expected in the coming days, accentuating these delays.

This does not prevent exports from remaining strong, even if per latest data showed Russian wheat exports were down 27% since the start of the season on July 1.

In fact the government is considering the implementation of export quotas for the beginning of next year.

Russia, however, should still be aggressive in its offers against Egypt’s tender.

Winter wheat plantings , meantime, are still late for the time being compared to last year.

From Australia, markets were a buck or two firmer for barley but largely unchanged for wheat yesterday.

Old crop grain remains firm with spot demand bid up as consumers run hand to mouth in front of the new harvest.

On the international scene, Egypt is launching a tender for wheat for loading between November 23 and December 3 with payment at 180 days. 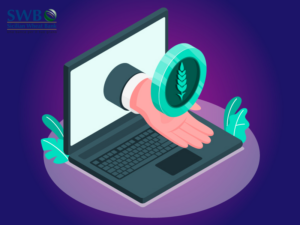